A frequent cause of an unintentional invitation is petitioning an entity that is called an “Angel”, believing—as most of us do---that any entity called an angel is of a benevolent nature. Sadly, this is not the case.


Therefore, it is my intention to provide as many names as I can find for you to avoid. *Please keep in mind that there are millions of malevolent entities. Demons have legions and leagues, as do military structures wherein top officers command over subordinate officers who each command thousands, and so on and so forth.


This page will begin with the names of Archdemons (more or less compared to the “generals” of the military,) followed by the names of some of the popular demons, then a few names of the fallen angels.


But do not use this web page as your sole guide because I am neither a Satanist nor a High Magician. So, ALWAYS EXTENSIVELY RESEARCH any entity for whom you plan to petition.


If any reader has anything to correct on this page or to contribute, I welcome your input. PLEASE e-mail me at: MissAida@outlook.com

Intentional invitations can occur when, in a state of desperation, a person says: “I call upon anybody who will help me”. This is a recipe for disaster because it’s an open invitation for… “Anybody”. Other causes can include (but are not limited to):


Summoning a malevolent entity to assist a person with spellwork

Neophytes reading books written by high magicians or pseudo-high magicians and following their simple instructions on how to do so. 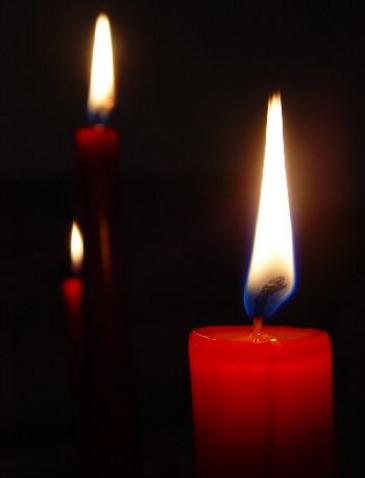 Let’s start with Enoch, a Biblical Figure and the great-grandfather of Noah (the “Flood” guy who built the Ark). There is text known as “The Book of Enoch”, which many scholars believe was purposely removed from the Bible. The first part of this book speaks of the “The Fall of the Watchers”. These were 200 angels who were sent to earth to watch (hence, the term: “Watchers”), guard, and assist mankind.


But the Watchers instead taught mankind forbidden knowledge--which promoted sinful behaviors amongst humans--and mated with human women. For their transgressions, these angels fell from grace and were cast out of heaven, and thus the term “Fallen Angels”.

The offspring of these unions were horrific and savage giants called the “Nephilim”. It is believed that the existence of the Nephilim, along with the sinful ways of man, is what provoked GOD to cause the great flood to wash away the evil on earth and to make way for a better world.

Below is a partial list of the known names. I have omitted 5 names due to the controversy as to whether or not they were amongst the transgressors.

There are millions of demons. In the 13th century, a popular Catholic Bishop speculated there are over 100 million of them. This rough estimate was later confirmed in the 15th century by another expert. Being that both experts were Catholic, I wonder if they had also considered other demons that exist in various parts of the world where there are differing religious beliefs? Anyway, below is a list of the most popular demons, (those ruled by the Archdemons) that are recognized by Christian Authorities (*My gratitude is extended to Katie Boyd for providing the following list in her book: Devils & Demons in the 21st Century).

THE CONSEQUENCES OF CALLING UPON UNKNOWN ENTITIES

Below is one of my live events on this very topic which has been well-received. Please accept my apologies for the coughing as I had a nasty cold that weekend.

Anyway, as an added bonus, you'll see an actual orb (which been analyzed by 2 experts). Just enlarge the screen and keep your eyes on your right-hand side (my left) of the screen. Then, between 33.33 and 33.50 minutes, it will appear. It's very fast so, keep your eyes open!

If the screen won't enlarge, then click directly on the prompt within the screen that says: "The Consequences of Calling Upon Unknown Entities". That will take you to the facebook live event wherein you'll be able to enlarge the screen and monitor the timing of the orb's appearance.

​​​​​​​​Sadly, many clients have approached me for help because they have been plagued by spiritual attachments, or, even worse, are in one of the stages of a malevolent possession. In most cases, these horrific situations were caused by either an intentional or unintentional invitation.